Chamomile tea has been used down through the ages as a natural remedy for anxiety and insomnia. Can it help diabetics too? 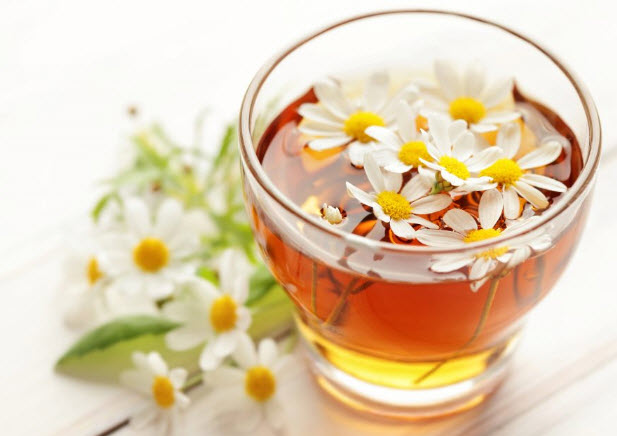 Chamomile tea has long been enjoyed for its health benefits. An infusion prepared from the leaves of this daisy-like plant has been used for ages to reduce anxiety and treat insomnia. Now, new studies show that drinking chamomile tea could also help to prevent diabetes complications in those with diabetes.

Type 2 Diabetes is one of the most common diseases in this country with seven percent of the population being affected, and some don’t even know it. This disease which causes persistently elevated blood sugar levels can damage almost every organ in the body including the heart, kidneys, retina, and nerves. Diet is one of the mainstays of treatment for diabetes, along with medications and insulin, but there may be a reason for diabetics to drink chamomile tea more often.

Health Benefits of Chamomile Tea: Does It Prevent the Complications of Diabetes?

In a study published in the Journal of Agricultural and Food Chemistry, researchers gave diabetic rats an extract from the chamomile plant along with their regular diet. A second group of rats received no chamomile. Not only did the rats that received the chamomile extract have lower blood sugars, but they had lower levels of an enzyme called aldose reductase which converts glucose to sorbitol.

This is important because when sorbitol builds up, it damages nerves, which can lead to diabetic neuropathy and diabetic retinopathy (damage to the retina of the eye). The health benefits of chamomile may go beyond stress and anxiety reduction – it could help to prevent the complications of diabetes too.

Other Health Benefits of Chamomile Tea

Drinking chamomile tea is not only a stress reliever, but it may have anti-bacterial effects as well. Some studies show it reduces the risk of gum disease, which is another condition diabetics often suffer from. There’s no shortage of claims for the health benefits of chamomile tea, but not all of them are proven in humans. Drinking chamomile tea should be approached with caution since some people experience allergic reactions to the plant, especially if they have an allergy to pollen.

Drinking chamomile tea may not have the same benefits as taking a chamomile extract since an extract contains much higher concentrations of the active ingredient. Chances are a person would have to drink lots of chamomile tea to get the benefits seen in this study. Plus, this was a study in rats and can’t necessarily be extrapolated to humans. Although chamomile extract is currently sold by vitamin suppliers, it’s safest to await further research. Hopefully, further studies will show benefits for humans too.