Type two diabetics may have no shortage of insulin, but their muscle, brain, and liver cells sometimes develop a resistance to it, making control of blood sugar difficult. Type two diabetes also doubles the risk of cardiovascular disease when compared to non-diabetics. Cinnamon may play a role in reducing the incidence and severity of these effects. 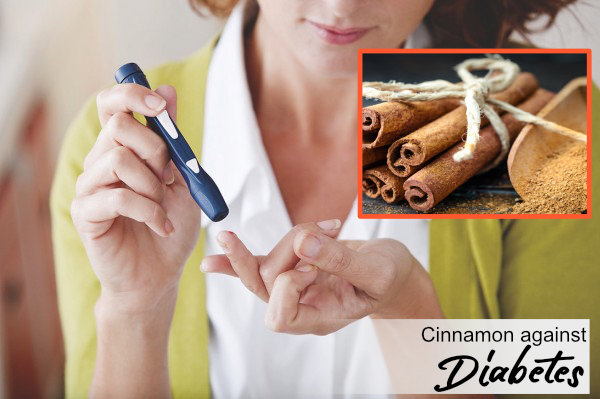 Kinase activity is the physiological key to the mechanisms that signals cells to accept insulin and lower blood sugar. Kinase is a protein enzyme that also plays a role in metabolizing fats. A University of Iowa study, published in the Journal of the American College of Nutrition, isolated a methylhydroxychalcone polymer (MHCP) from cinnamon and found it can enter cells and interact with kinase in a way that mimics insulin (1). The Iowa scientists thought at first that cinnamon’s effect might be due to the mineral chromium, a known aid for blood glucose control. They found, however, that the kitchen spice actually has very low levels of chromium.

In Maryland, in a randomized, controlled study on humans, 60 diabetic patients took either one to three capsules of cinnamon daily or a placebo for 40 days. Blood sugar dropped 18 to 29% in those subjects who took cinnamon, but there was more good news. Triglycerides, a type of fat in the bloodstream that ends up stored in fat cells, fell from 23 to 30%. Triglycerides are associated with obesity and untreated diabetes.

Finally, the subjects who received cinnamon also saw their LDL cholesterol drop from 7 to 27%. LDL stands for low-density lipoproteins, those tiny packages that transport fatty substances through the bloodstream into arteries and deposit it there, while HDL, or high-density lipoproteins, transport cholesterol away from arteries and back to the liver to be broken down. Cinnamon did not change HDL cholesterol. Its impact on LDL cholesterol improved the ratio of HDL to LDL; something doctors think lowers the risk of heart disease and stroke. The results of the Maryland study were published in Diabetes Care (2), the magazine of the American Diabetes Association.

There Are Different Types and Ways to Use Cinnamon

Researchers tried different varieties and commercial brands of cinnamon with good results. C. aromaticum, a cinnamon known as cassia, Chines, Saigon, or Korintje cinnamon, is preferred in the United States. C. verum, or Zeylanicum, Ceylon, or “true cinnamon” has a more delicate flavor and is popular in England, Europe, and Mexico. Oils in cinnamon may be toxic at high doses, but the beneficial ingredient is water-soluble, making cinnamon tea a safe choice. Researchers caution diabetics that more is not better; use sensible amounts and monitor blood glucose frequently to avoid episodes of low blood sugar that could be dangerous (3).

Cinnamon is not a cure for diabetes. The best strategy is careful diet and exercise as directed by a healthcare professional. However, with regular use cinnamon may reduce the need for medication and help prevent cardiovascular complications.